The historic Craigmont Copper mine (the “Craigmont Mine”), located 14km from Merritt, British Columbia, has a history spanning more than two decades (1958 – 1982). During its life span, the Craigmont Mine yielded in excess of 36,750,000 tons of ore at an average grade of 1.30% Cu, containing approximately 900,000,000 pounds of Cu extracted from both open pit and underground mining activities (“Craigmont Central”).[1]

Near the end of the Craigmont Mine’s life (1977 and 1979), a small on-site exploration program was conducted by Craigmont Mines Ltd. that focused on a smaller land package than currently held by Nicola. The exploration was driven by a conceptual model that ore metals were derived from the country rock, mobilized by heat from the Guichon batholith and concentrated in skarns formed in reef-margin facies[2] and did not significantly add to the reserves of the Craigmont Mine. The Craigmont Mine was shut down and dismantled in 1982, due primarily to the low copper prices ($0.60 per pound)[3]. Since the early 1980’s, fragmented ownership prevented cohesive mineral exploration on the Craigmont Mine project.

Nicola now owns 10,913 hectares of mineral claims, a significantly larger land package than held by Craigmont Mines Limited. It is compliant with the Mines Act and holds a mine permit on site (M-68). Nicola is in the process of extending the mining leases to allow for future development of the New Craigmont Project.

Prior to the exploration work above, an airborne survey (2) was conducted over the Thule Copper Property in 2012 by SJ Geophysics Ltd. (“SJ Geophysics”), as disclosed in their Memorandum dated December 20, 2012 entitled “Geophysical Interpretation of airborne magnetic and radiometric data – Craigmont Project, Merritt area, B.C.” (the “Memorandum”). The purpose of the survey was to identify potential new and untested magnetic features along strike of from the known New Craigmont Project Cu/Fe deposits. A technical report on the Thule Copper Property mining leases and mineral claims titled “Technical Report on the Thule Copper – Iron Property in Southern British Columbia, Canada” (the “Thule Property Technical Report”) was prepared in May 7, 2013 by Jim Cuttle, B.Sc., P. Geo. The Thule Property Technical Report was filed under the Company’s profile on SEDAR on May 8, 2013. 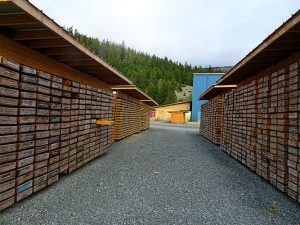 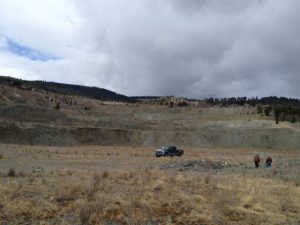 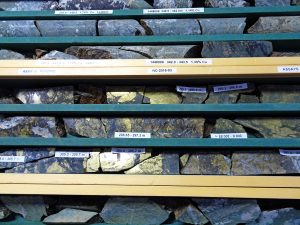 Utilizing an exploration pipeline approach, the primary objective of Nicola’s exploration efforts on the New Craigmont Project have been to advance the project to discovery while at the same time minimizing risk. Accordingly, Nicola foresees the highest priority exploration targets as those which require verification of historic work.

In connection with the exploration pipeline above, Nicola has: 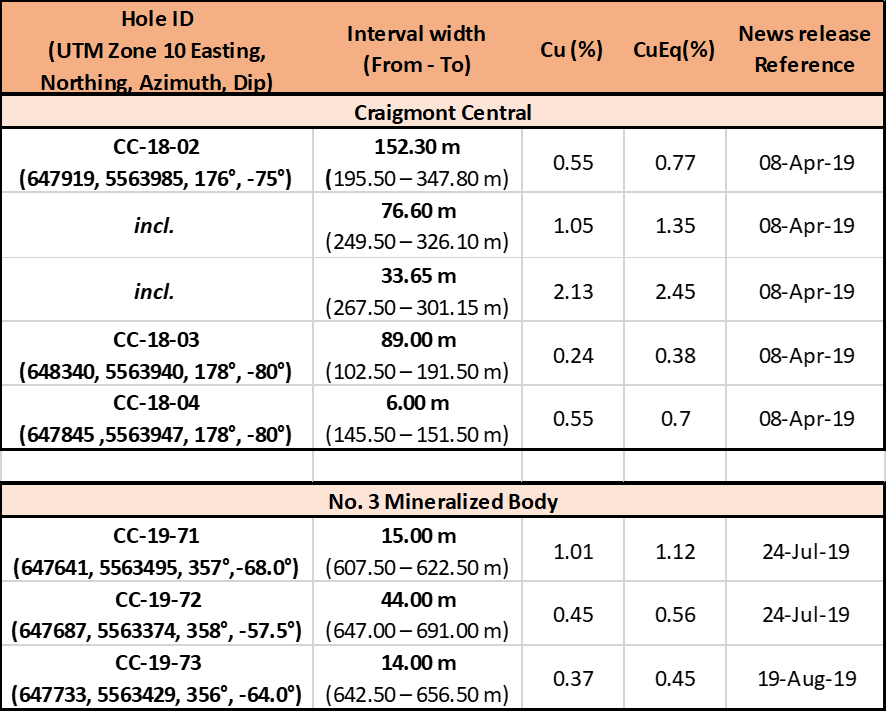 Building upon the historical work completed by Nicola, the company intends to:

On approval of the Multi-Year Area Based Permit, Nicola aims to test several areas of prospective mineralization. These include a 2021 plan to test three main areas:

The Craigmont Mining lease lies within the New Craigmont Property over the historic open pit and mine terraces, an area of 347 ha. The Merritt Mill is located on the property and benefits from being connected to the BC power grid.

The New Craigmont Property is accessible by paved road-13 km from the city Merritt, British Columbia. Its excellent infrastructure, comprises of paved and dirt roads through out the property, as well as numerous tracks, allowing easy access to all areas of the property.

The New Craigmont Property is located on the eastern margin of the prolific Quesnel Trough island-arc terrane, which hosts a significant number of British Columbia's major copper districts.

The Upper Triassic volcanics and sediments ( Nicola Group) are laterally the most extensive group. These are intruded by Upper Triassic -Lower Jurrasic batholiths, of which the Guichon Creek batholith and Iron Mask batholith are the most important from a metallanogenic perspective. These batholiths host world-class porphyry deposits, namely Teck's Highland Valley Copper Operations and New Gold's New Afton Mine. Lower-Middle Jurassic sediments are seen more distal to these batholiths. A late Cretaceous volcanic belt (Spences Bridge Group), dominates the west of the property. This belt is known to contain epithermal-style gold mineralisation. Large N-S trending faults have considerable displacement, the most significant of which are the Guichon Creek Fault and Lornex Fault, which are east and west of the New Craigmont Property, respectively. Deposition of Eocene volcaniclastics (Princeton/Kingsvale Group) is controlled by paleotopography. More recent (Miocene to Holocene) volcanism is generally of little economic interest.

The New Craigmont Property is bounded to the east and west by two large faults, the Guichon Creek Fault and Lornex Fault, respectively. Late Cretaceous volcanics (Spences Bridge Group), west of the property, is partially offset along the Lornex Fault. Eocene volcaniclastics (Princeton/Kingsvale Group) overly the contact between the Guichon Creek batholith and southeast of the property. The historic Craigmont mine partially exploited the copper-magnetite skarn mineralisation located within the contact aureole of the Upper Triassic Guichon Creek batholith with the Upper Triassic Nicola Group volcanics. (Craigmont local geology BCGS.png)

The property covers the southern intrusive contact of the Guichon Creek batholith and the Nicola Group volcanics and volcaniclastics. The intrusive contact is host to the Craigmont skarn deposit, which is known to have mined and milled between 33-36 million tonnes of high grade ore. During it's production it is estimated to have recovered 887.8 million lbs of copper, 1.4 million kg magnetite and minor amounts of gold and silver.

An additional 13 showings of copper mineralization of both skarn and porphyry-style are located on the property. Review of the historic work has indicated that these showings remain largely underexplored, with limited drilling on 3 of these showings.

Reconnaissance geological mapping conducted in 2016 & 2017 mapped the Guichon Creek batholith around the Titan Queen showing and Nicola Group east of the Betty Lou showing (Craigmont local geology.png). This was the first broad reconnaissance mapping since mine closure. The most significant outcome was the identification of the extent of the hydrothermal alteration of the Guichon Creek batholith and the Nicola Group

An airborne magnetic survey was conducted over 8725 ha of the New Craigmont Property in 2012 to identify large magnetic areas, that geophysically resemble these ore bodies. This survey, conducted by Scott Hogg & Associates Ltd., used a Heli-GT system which measures magnetic gradients, instead of these gradients being calculated. The results of this survey produced high resolution and accuracy of magnetic data. Interpretations of this data was conducted by a third party, SJ Geophysics, which identi
fied 6 major magnetic anomalies (A-F), the majority of which remain untested.